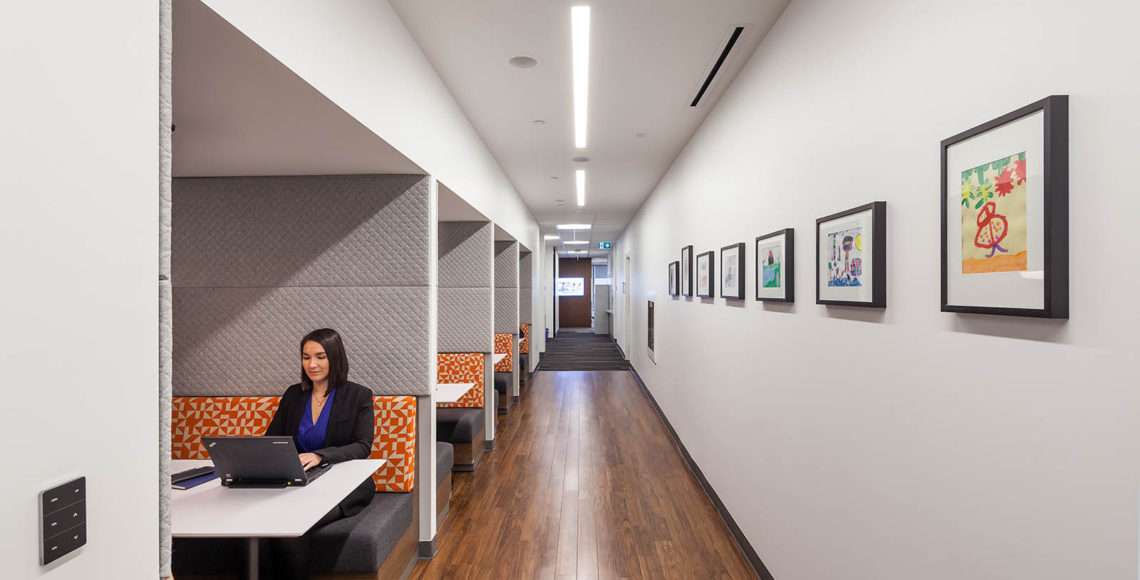 There are certain factors that everyone knows affect workplace productivity, but there is one important factor often overlooked by most employers across the globe: lighting. Sure, it’s common knowledge that reading in the dark can harm your eyes, but lighting has effects well beyond that, and an employer’s choice of lighting can have a significant impact on the productivity of her company.

Consider this: A study conducted by the American Society of Interior Design indicated that 68 percent of employees complain about the lighting situation in their offices. The fact that such a substantial number of employees disliked the lighting in their offices enough to complain about it implies that many employers could be making the same mistakes. The two most common scenarios for poor office lighting are lights that are too dim and lights that are too harsh.

The Drawbacks of Artificial Lighting
The first culprit, dim lights, can be detrimental to productivity for several reasons. First, dim lighting can cause eye strain and headaches, because, when lighting is inadequate, the eyes are forced to work much harder in order to see. Dim lighting can also result in drowsiness and lack of focus, which would obviously have a negative impact on employee motivation. The second culprit, harsh lighting, is much more common than dim lighting and is just as harmful. سباق احصنة Florescent lighting, especially, has a number of negative effects on employees, as it has been known to cause eye strain, and it is also cited as a trigger for migraine headaches. This harsh lighting also makes it more difficult for the eye to focus, so alternatives should be sought whenever possible.

Natural Lighting as a Superior Alternative
The best alternative to harsh lighting and dim lighting systems is natural light itself. In a study conducted in Britain and published in “The Responsible Workplace,” it was shown that windows were the number one determinant of the occupants’ level of satisfaction with a building. This effect is due to lighting’s ability to affect the human body in two ways: directly, in the form of affecting what and how well we are able to see, and indirectly, in the form of effects on our mood, behavior, and even hormonal balance. Natural lighting renovations have been shown to result in happier workers, less absenteeism, and fewer illnesses, and, because better lighting encourages satisfaction among workers, it also results in increased productivity.

But just how much of an impact does improved lighting really have on the productivity of workers?

Proper Lighting’s Effect on Productivity
According to some studies, the impact is substantial, and, although the initial cost of a lighting renovation could seem daunting, the gains due to energy savings and- more importantly- productivity gains more than make up for the cost of the investment. Take the following case study for example: In the late 1980s, the lighting systems in the U. افضل مواقع المراهنات S. post office in Reno, Nevada were renovated to make them more worker friendly. The upgrade resulted in energy savings of about $50,000 per year, but the real improvements came in the form of employee productivity. Mail sorters in the facility became the most productive sorters in the western half of the country, machine operators boasted the lowest error rates, and the financial impact of the productivity increase was expected to boost revenue by approximately $500,000 per year. And this wasn’t an isolated incident. Countless other companies across the country have also noted productivity increases as the result of lighting renovations.

With light being a key component of vision, and vision being responsible for 80 to 85 percent of our perception of the world around us, it’s not difficult to see why ignoring proper lighting strategies in your office could have a significant negative impact on productivity. Harsh lighting and dim lighting are equally detrimental to the productivity of your workers, and, by opting instead for more natural lighting or other lighting systems that have been proven effective, you stand to not only save energy but also increase productivity among your business’s employees.