Those Halls Won’t Deck Themselves: Pros Help With Holiday Lights 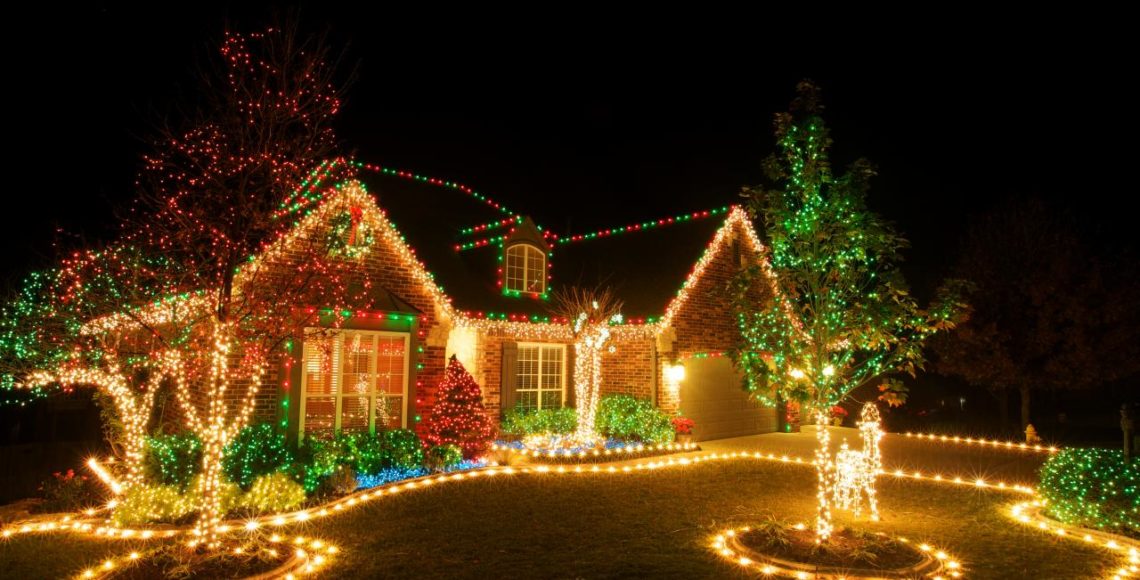 It is that time of year again, the time for outdoor holiday lighting, and homeowners now have options besides climbing a ladder in the cold to hang decorations.  Professional lighting installers say business is brisk as the economy skates along, with homeowners willing to pay to avoid the headache of untangling strings of lights and running extension cords.

Nick Schriver, founder of Decorating Elves in Tampa, Fla., said people increasingly outsourced chores like mowing lawns and picking up dry cleaning, so hiring someone to put up Christmas lights
was an extension of that trend. “The culture is becoming more service oriented.”

Mr. Schriver said he began hanging Christmas lights as a side job while in college some 16 years ago and eventually founded his own outdoor lighting company. Decorating Elves, he said, now has 10 full-time employees and adds 50 during the holiday season. (The firm also provides year-round outdoor lighting services).

“It’s becoming bigger,” he said, adding that the company is busy enough that it has to turn down jobs during holiday crunchtime.

While Christmas décor accounts for the bulk of his seasonal business, Mr. Schriver said, he also has some demand for Hanukkah-themed displays, like large menorahs illuminated with blue and white lights.

Outdoor holiday lighting is so popular that the Association of Outdoor Lighting Professionals, a trade group, gives an annual award just for that category (which Mr. Schriver’s company won in 2016 and 2017).

Safety may also be a factor behind the interest in professional installations. The Consumer Product Safety Commission last year estimated that in 2016 there were 14,700 holiday decorating-related injuries treated in emergency rooms, or an average of 240 per day during November and December. The most frequent decorating incidents were falls, the commission said, including three deaths involving falls from ladders.

Many professional companies not only hang and remove the holiday lights, but also store the decorations after the holidays.

How much does it cost to have a professional take over the decorations?

That will vary by region, the size of your house and the dazzle of the display. Basic décor, like lights that outline your roof and front door, may cost $500 or less if you own a single-story home. But if you have a larger house with lots of gables or want more eye-catching décor, the price can stretch to thousands of dollars.

At Christmas Decor, a professional holiday decorator with locations across the country and in Canada, the average cost of a display in the United States is $1,650, said Brandon Stephens, the
company’s president. Pricing tends to be higher on the coasts, he said, and lower in the nation’s interior.

“I’d say there’s a larger group of people more willing to spend on decorations,” he said. The company said its sales last year rose by 14 percent, with a similar increase expected this year.

Christmas Decor’s representatives take a photo of your house with a tablet, then superimpose lighting displays on the image. If the suggested display is too costly, the software can adjust the
proposed lighting until the represented results fit your budget.

While professional installations are costlier than doing it yourself, the advent of LED lighting, which is much more energy-efficient than traditional incandescent bulbs, means powering the holiday décor doesn’t have to be as wallet-draining as it once was. Some people still prefer the look of incandescent lights, but professionals say the quality of LED lighting has improved significantly in recent years.  The bulbs no longer “flicker” and are available in a range of colors.

Here are some questions and answers about professionally installed holiday lighting:

How can I manage the cost of my outdoor holiday display?

Try teaming up with other homeowners on your street for a group quote for lighting installation. “If you and your neighbors get together, you may get a lower per-house rate,” said Sarabeth Asaff, chief writer with Fixr.com, a home services site. Putting the lights on a timer will help manage your electrical costs. And as with other home improvement projects, she said, seek three bids to get a true picture of what the job should cost.

What if I prefer hanging lights myself?

You have company. The National Retail Federation expects holiday spending, including money spent on decorations, to increase by about 4 percent this year. Christmas Lights Etc., an online décor seller, offers do-it-yourself suggestions on its website, including tips for attaching lights to your gutters.

You can also look for advice on choosing lights on Wirecutter, a New York Times affiliate. The site recommends conical LED lights from Christmas Designers.com as the best for outdoor use.

Just be careful on those ladders! سر لعبة الروليت

How much will LED lighting save me on my electric bill?