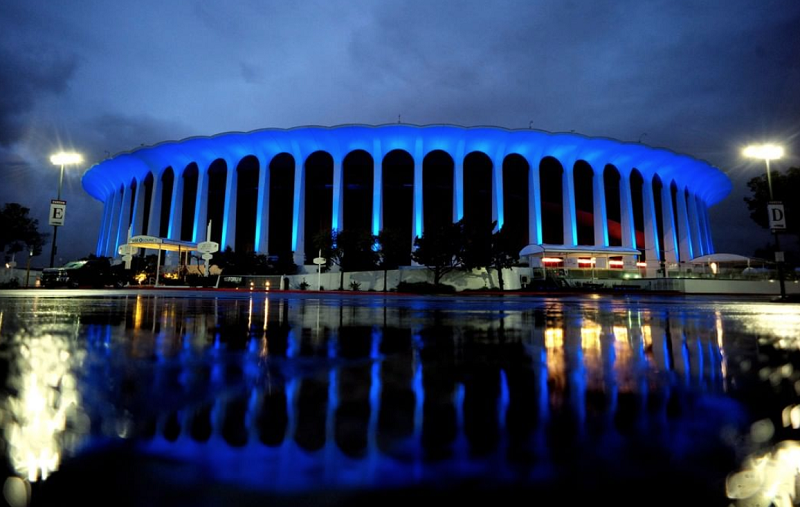 Last Thursday was the #Light It Blue campaign as communities across the country, and even the world, spotlighted historic buildings, major sports stadiums and event venues, national landmarks and even Niagara Falls in blue lighting as a show of gratitude for health care professionals, first responders and essential workers caring for people on the front lines during the COVID-19 pandemic.

The #LightItBlue and #MakeItBlue movement began in the United Kingdom as major landmarks were lighted throughout the country in salute to health care providers. When introduced in the United States, support for the concept was impressive. لعبة روليت مجانيه The NFL joined the party. Mayors jumped on board. Major corporations lighted their headquarters.

Estimates are that more than 100 sites in New York City, home to the highest numbers of the coronavirus patients, and more than 400 other sites across America turned on the lights at 8 pm local time last Thursday. This age of LED lighting made the effort all the more dramatic. كازينو 888

“We hope it just creates this giant hug for all the health care workers and essential workers,” Michael Fiur, one of the Light It Blue campaign’s organizers and an internationally renowned entertainment producer, told CBS New York.

To name just a few prominent spots which embraced the group hug, let’s salute Arlington’s Globe Life Field, new home of the Texas Rangers whenever Major League Baseball resumes in its regular stadiums; Houston’s City Hall and all its major sports stadiums; Dallas’ Reunion Tower and Omni Hotel. And those are just some of the stunning shots corralled from Instagram. استراتيجيات الروليت

Take a closer look at this new wave of blue, a symbol of heartfelt appreciation and thanks, that extended across the country to include Seattle’s Space Needle, Walt Disney World, Niagara Falls and more: